IELTS and TOEFL both are English tests that are required either for immigration purposes or for qualifying for admission in colleges or universities. Both the exams have their own importance and sets of rules. For academic reasons, the institutions mention the particular test required by them so one doesn’t have to go through the difficult process of choosing between the two. However, sometimes it’s not specified and the applicant is free to select either of the two; this is where they feel completely lost in picking the best option as per their capabilities and interests.

For deciding which test suits us the best, we need to understand the similarities and differences between the both.

Points of similarities between IELTS and TOEFL

Points of differences between IELTS and TOEFL:

The major difference in the speaking session of both the tests is that in the TOEFL test; one appears before a computer where entire speaking part takes place through an automated software. On the other hand, in IELTS, one talks to a real person instead of talking to a machine. The latter is found feasible by those who find it weird talking to a computer whereas some people are shy and they think talking to a machine is a better option to avoid interacting with a stranger so they prefer TOEFL. However, when one wants to clarify a certain point which they fail to understand then they won’t be able to ask a computer of course hence they are required to be extra attentive in this test.

The biggest difference between the both with respect to the writing part is that in IELTS one has to write everything down on paper whereas in TOEFL all assignments are typed using a keyboard. So it completely varies from person to person. Some people are not really good typists so they prefer writing instead and others find their handwriting really horrible hence they don’t want to scare out the checkers and rather want to type the answers.

Then there’s a difference in speakers’ accents. In the IELTS test, there can be variety of accents including USA, Australia, Canada, Wales, Ireland etc. TOEFL listening would encompass only standard American accent.

Again the reading session in TOEFL is much lengthier and involves multiple choice questions only that require a lot of reading which can be tiring and prone to loss of concentration.

Most importantly one needs to see what is most convenient for them keeping in view the vicinity of test centers. All in all, as per popular preference, IELTS is regarded relatively easier and more engaging than TOEFL probably because it takes shorter time and involves more human interaction.

Some Key Facts about IELTS and TOFEL: 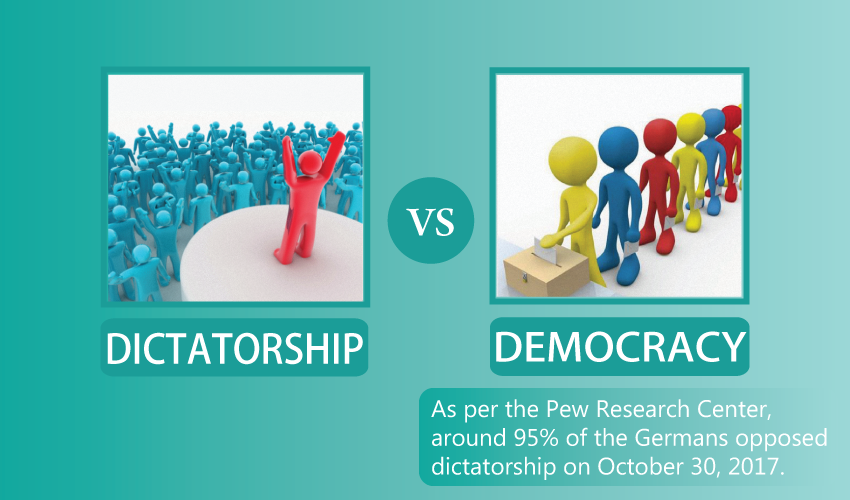 Democracy vs dictatorship with Facts