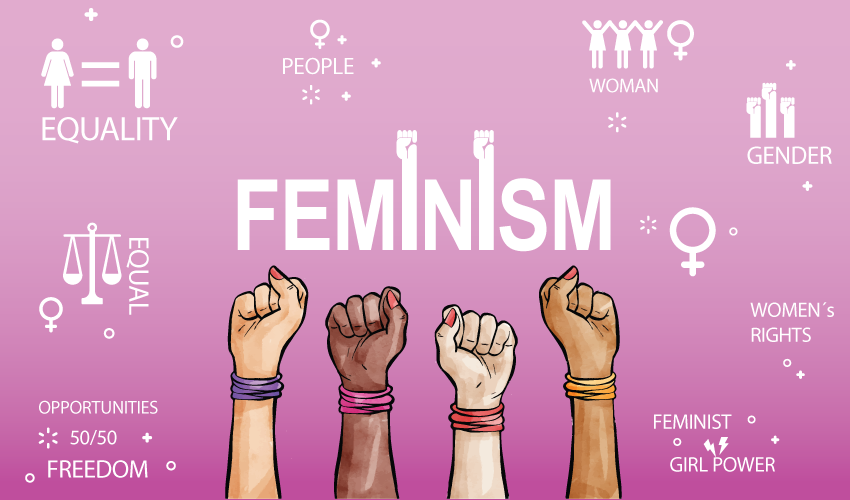 Centuries of unfair and discriminatory treatment towards the female paved the way for a noble movement for establishing the practice of equal rights of all human beings in our society; this movement is called feminism.

Women- A downtrodden entity of society

Inequality towards women is not a new thing to the world. Centuries ago, the Arab men would bury their infants alive if they turned out to be girls. In the 14th century about 3000 years ago, the kings would treat their wives like chattels by using violence against them. If this was the condition of the ‘queens’, imagine the situation the women would’ve been in among the ordinary people. Even today, when women's rights are talked about, people, sadly women too, turn against the recognition of these rights.

Feminism makes it possible for women to compete on an equal footing with men. It basically aims at devoting equal rights to women, removing all the negativities and beliefs that manifest that women are in any way inferior to men. Most people disregard the idea of feminism and they justify their disapproval by saying that men and women are not the same. Well, yes they are not the same but does it mean that it can deprive women of equality in society? Sameness should certainly not be the factor to determine the right of equality of women. If women are delicate and fragile as compared to men, it should in no way come in their way to grab the opportunities that men are given.

Does the same mean equal?

The words the same and equal are not identical. Women are still owed the same social, economic and political status despite not being physically the same as men. Physical features are baseless to include in this debate.

Read More: What are the basic human rights?

No liberty for women

In our society, men can enjoy the liberty that is refused to women. The liberty discussed here is not the one refused by the State but the one that the society denies to the women. For example, a man can continue to struggle for building his career for as long as he likes without the worry of getting married at an early age as nobody would marry him otherwise, whereas women still in most of the communities are consistently ridiculed for remaining unmarried in old age.

It was just an example. This list of instances showing controllable and uncontrollable discrimination against women would never come to an end. Why don’t people understand, that these movements are aimed at rooting out the frustration and depression in the lives of women that can be eradicated even if they’re willing to demonstrate a little gesture of the minimum possible moral support.

Yes sometimes, the feminists fail to realize the degree of differences between both genders but they are completely right when it comes to giving “basic” rights to women nipping these prejudices and partialities in their very bud. It’s really soothing and comforting for women to see men raising their voice for the rights of women. These are the true men who have seen their mothers suffering, getting their sisters victimized in the hands of this society. They are the men who have owned women as persons who deserve dignity and recognition in the society. Now it’s time for us to decide whether we want to make this society worth living for women or keep turning our backs on them because they’re not physically equal to men.